2019. The clown with a hat comes in 2 variations: red and black and green and black. When activated, the clowns lean back and forth, tugging on a screaming girl as their mouths move and eyes glow and they make jokes to one another with calliope music in the background. 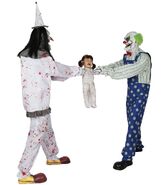 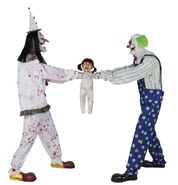 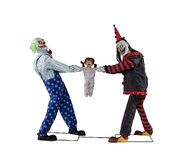 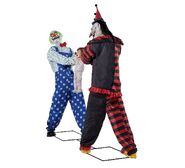 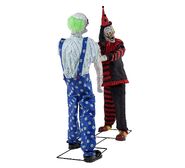 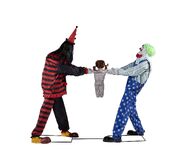 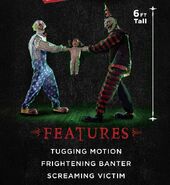 Spirit Halloween Dimensions and Features
Add a photo to this gallery

Where it Was Sold[edit | edit source]

This item is available for pre-order on eBay and on Spirit Halloween's website, though it appears to only be the red and black version for the latter.

Retrieved from "https://seasonalvisionslimited.fandom.com/wiki/Tug_of_War_Clowns?oldid=3600"
Community content is available under CC-BY-SA unless otherwise noted.